Cloud Servers: All you need to know 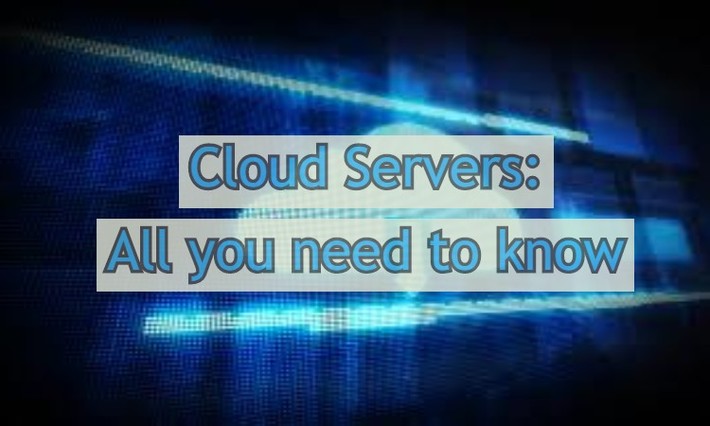 It’s clouding, clouds everywhere, whether it is the rain clouds or the server cloud, clouds are extremely important to us humans. Without those heavenly grey clouds we would die of thirst, without the clouds that store data we wouldn’t have the ease of online-everything. Cloud hosting has gained huge popularity amongst online businesses in recent years, but why is it so?

Internet speeds have seen a dramatic rise, whereas the costs seem to see a downfall. This inversely proportional relationship between the service and its costs seem to be the catalyst for the rising demand for cloud hosting.

In this article, we try to decode everything that the cloud is.

What is the Cloud?

Laymen don’t understand technology-heavy terms, so, we simply put together cloud as a cluster of computers connected via a network (internet) that store data. These servers are called server farms. When a consumer uses a cloud hosting service these server farms act as a single unit for storage and processing. All the website data is spread over the cluster uniformly on hard drives; it is a virtual disk with huge amounts of space. A cloud setup can be hosted with a literally never-ending list of machines to store data.

The computing power of the Cloud:

Now, owing to the numerous servers it is easier to scale up any cloud system as it grows in size. On a cloud, the distribution of power along with storage is controlled by an operating system.

To access any vital information or CPU load of each machine, the server admin will have a login to the backend via a terminal. The process is known as virtualization and it creates a layer of division between the software and hardware. Through this virtualization, the administrators can easily control the efficiency, energy usage and data backups of the clusters.

Apart from being highly efficient, cloud servers are also economical in the long run as compared to virtual or physical plans.

Talking about efficiency brings us to the benefits of cloud hosting.

You need to be a member of The Data Center Vendor Database to add comments!

© 2020   Created by DataCenterProfessionals.Net.   Powered by